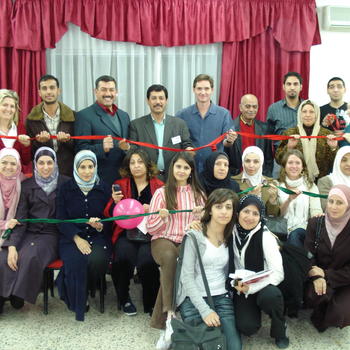 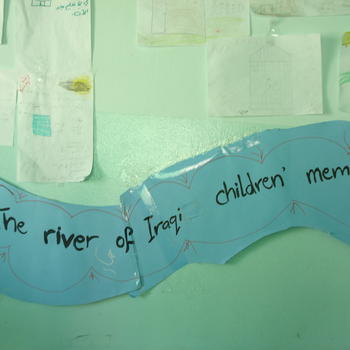 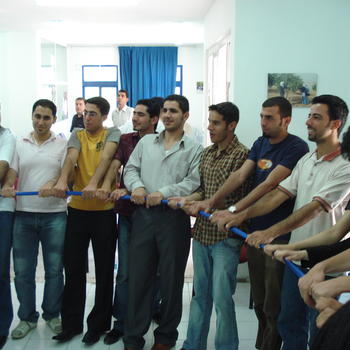 The Unity Circle Project started in October 2007 as a collaborative effort between IICRD, Save the Children, and Relief International-Schools Online (RI-SOL). Using a participatory approach, the Unity Circle project worked with Iraqi children living in Amman, Jordan, to identify the challenges they face and the strategies they have developed to cope with their experience of the war in Iraq and their present circumstances in Jordan - from their perspectives and rooted in their own personal experiences. Based on a fuller understanding of Iraqi children's lives, IICRD, Save the Children and RI-SOL make a series of recommendations in the Unity Circle Report.

The Unity Circle project is situated within a broader context of child rights research being conducted by an international consortium of research institutions, the International Child Protection and Rights Consortium (ICPRC). Made up of researchers from IICRD, Oxford University, the University of California Davis, and UNICEF’s Innocenti Research Center, the ICPRC aims to build an evidence base through participatory engagement with children that will strengthen our understanding of children’s rights, and thereby contribute to the development of maximally effective child protection policy and programming. The genuine participation of children underpins the 1989 Convention on the Rights of the Child (CRC) – the most widely ratified human rights treaty in the world.

The Unity Circle project with Iraqi children in Jordan is an example of the CRC’s principle of child participation in operation. Given donors’ genuine desire to support children’s rights as articulated in the CRC, this local-level project upholds the principles agreed on at an international level. The project was guided by three key questions aimed at building a better understanding of the challenges and risks that Iraqi girls and boys face, as well as their ‘resilience’ or capacity to respond to and overcome these challenges:

Approximately 96 Iraqi children participated in the project, meeting at least 11 times together over several months. The project reveals much about the reality of Iraqi children’s lives - previously not fully understood except by the children themselves. The findings also illuminate the strengths and resources that are available to Iraqi children and their parents.