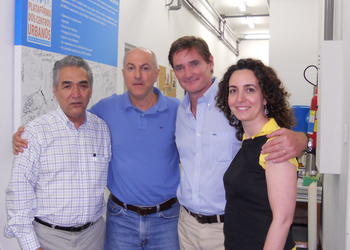 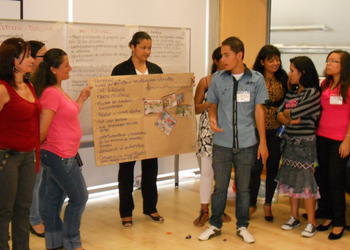 Learn about long-time IICRD Associate, Manuel Manrique Castro, in our e-interview with him in July 2016. Manuel is based in Medellin, Colombia.

1.Tell us how you first met IICRD.

I met the Institute in October 2009 during the Child Rights in Practice Conference: Measuring our Impact, held in Whistler, British Columbia. The goal of the conference was to review the impact of the UN Convention on the Rights of the Child. It was an extraordinary opportunity for knowledge and exchange with people from institutions committed to the rights of children.

2. How have you collaborated with IICRD?

The first experience began at the Whistler conference. After that, we reviewed a proposal IICRD, in coordination with CINDE and the Child Observatory of the National University of Colombia, submitted to the Canadian International Development Agency to implement a project to protect children in Colombia.

At that time, we understood that we would be helping to address the countries’ needs if we focused on the reality of violence against children during their first years of life. Not only because of its magnitude in Colombia, but particularly taking into account that there was a continued and strong effort in this country to put in place a national (with strong local expressions) Early Childhood Development and Care policy. This effort had a new push as of 2002 when non- governmental and international organizations, among them UNICEF, presented a proposal for a national policy to the government than took office that year.

The post Whistler conversations were the beginning of a very rich experience that lasted until 2012, thanks to the Canadian cooperation that contributed with the resources for the project that took place in several locations in Colombia.

The most significant work was carried out in Comuna 13 in Medellin. This project helped to visualize the issue of violence young children in the national and local agenda, specifically in Medellin where the Good Start Program was (and continues to be) one of the most important initiatives in the country. We also contributed to the training of parents, caregivers, government officials, police and other actors that play a role in the early years of children.

The project also aimed to develop community-based indicators on violence against children in their early years of life, with the participation of the population.

This initiative was also an opportunity to build partnerships with public and private institutions and allowed IICRD to be positioned as a recognized institution.

That experience gave me the opportunity to develop a close relationship with the Institute and its members. It was also my way to get to know Canada much better and to strengthen my appreciation for this country.

3. What are the key strengths or gifts that you bring to IICRD?

On the contrary, I feel I am the one that has received more from IICRD. It was an honor to become an Associate of the Institute.

I brought to IICRD my experience of 20 years working with UNICEF in various parts of the world and particularly in Latin America. I feel part of the Institute and my commitment is permanent.

I am confident that the political change that occurred in Canada in late 2015 will open new and promising opportunities for IICRD.

The wealth of knowledge accumulated in IICRD should continue being projected to the areas of the world where its focus and understanding of children’s´ realities, and especially its practice, can help ensure the rights of children to give them the sense of belonging and dignity advocated by IICRD.